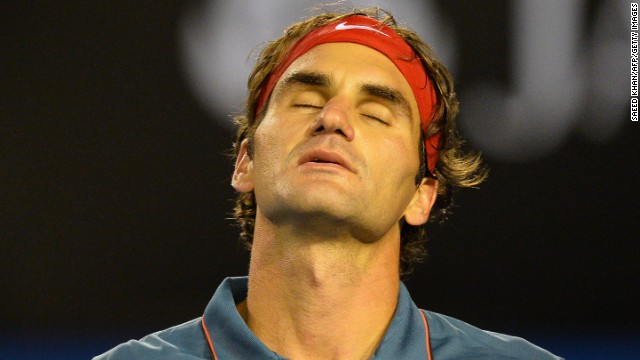 While this may not the most glamorous milestone in the history books, in many respects it is one of the most important.

For 14 straight years, the former world No. 1 has managed to remain fit and healthy without interruption, playing seasons that span almost 11 months a year.

What’s more, the majority of the tennis calendar is played on concrete hard courts which are hazardous to a player’s knees and hips.

Most players who rack up long streaks of appearances tend not to be major champions - the one exception being Federer’s current coach Stefan Edberg, who held the record from 1996 until 2004.

The reason for this is that the top tier of players tend to win more, and therefore play more matches throughout the year, have less rest and are more susceptible to injury.

Federer, on the other hand, has consistently played upwards of 70 matches a year throughout his career.

By comparison, Nadal has missed six grand slams in the last decade, Pete Sampras was absent for five during his 15 years, while Andre Agassi missed a whopping 20 majors during his 21-year grand slam career.

This latest record pales in comparison to Federer’s numerous other records and achievements. And yet, many of them may be directly attributable to his consecutive appearances.

When you consider Nadal’s heavily one-sided head-to-head record with Federer (currently at 23-10 in favor of the Spaniard), Roger’s consistent health would account for his all-time leading 302 weeks as world No. 1, in comparison to Nadal’s 119.

Think back to 2009, when then top-ranked Nadal was suffering with tendinitis of his knees.

Despite being written off by many at the time, Federer was healthy and raring to go, capturing the French Open to complete his career grand slam, before going on to win Wimbledon and recapture the No. 1 spot.

This record may not necessarily clinch the case for Federer being the greatest of all time, but it may well be the reason that he is.