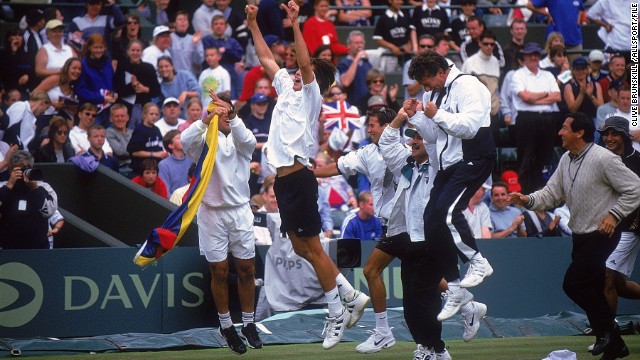 In July 2000, Ecuador's Davis Cup team pulled off an unlikely victory against a heavily favored British lineup on their home court. A decidedly partisan crowd was aghast as the South American players and their extensive entourage broke with tradition and stormed the court in pure jubilee. END_OF_DOCUMENT_TOKEN_TO_BE_REPLACED