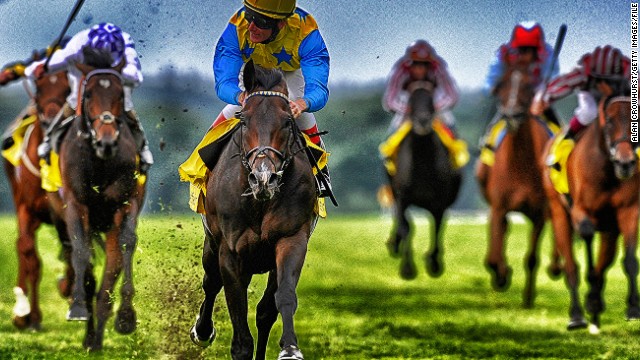 It feels like a place that has resisted the passage of time and still proudly clings to its tradition.

So perhaps not surprisingly, it attracts a slightly older crowd. At the Grand Prix Ball held at the world-famous Kurhaus Casino, it was a feast for the eyes taking in the extravagant, if a little dated fashions and the dancing identikit debutantes. The scene at the racecourse was not dissimilar, and while the attendance was good it does not compare with the likes of Royal Ascot and the Melbourne Cup.

One of our three Winning Post features from this trip focused on the resurgence of the German horse racing industry.

When I was here last year, the consensus was that German racing needed a lift because prize money was dwindling and the number of foals born each year was ever decreasing.

At the time it was the wonder mare Danedream who provided that lift, having won the Grosser Preis von Baden twice and taken the King George at Ascot and the Prix de l’Arc de Triomphe (arguably the best race in the world).

One year on and it is the turn of Novellist to put German racing in the spotlight. He has already won the same King George, the Grosser Preis von Baden and is a worthy favorite for next month’s Prix de l’Arc de Triomphe.

For a country that produces on average only 860 foals per year to have come up with those two horses is a major feat.

The prices at the Baden-Baden yearling sales on the eve of the race were much improved, with an impressive 43% increase in the average price of horses from last year and the majority of top lots going to international buyers. I’m sure much of that can be attributed to Germany’s recent stars.

While at the yearling sales I was treated to a step-by-step guide on how to vet a yearling at the sales by the charming Robert Dallas. It’s not surprising that when tens or even hundreds of thousands of dollars are being spent on future racehorses that the buyer wants assurance from a vet that it is likely to be able to gallop.

The third Winning Post story took place about 500 kilometers north of Baden-Baden, in Gutersloh, home to both Novellist and his jockey Eddie Pedroza.

Born in Panama, Eddie has been riding in Germany for the last 20 years, having been recommended the move by a friend of his father. He never looked back and is now a firm favorite with punters and trainers alike.

Eddie kindly agreed to cook for us his favorite Panamanian treat of fried plantains while chatting about his career. After filming, he and his wife Kristine invited the crew to join them for a barbecue in the garden.

They could not have been more welcoming and friendly, and for a four-time German champion jockey Eddie was incredibly modest and understated. His win on Novellist was well deserved, although it sounds unlikely that he will keep the ride in the Arc de Triomphe next month.

The horse’s owner, Dr. Christophe Berglar, said he preferred to use big name French, English or Irish jockeys because in comparison German jockeys are amateurs. I’m not sure I agree and nor, I presume, would Andrasch Starke - who won the Arc aboard Danedream in 2011.