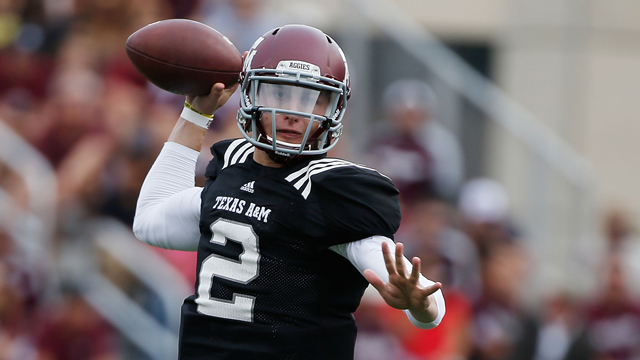 Since it’s inception in 1906, the collegiate system has insisted on keeping its athletes amateur, forcing student athletes to rely fully on their scholarships to get them through their college days.

The ideal of amateurism may have started with the best intentions, but in the past 10 years, it has caused severe consequences for some of the NCAA’s biggest programs and players.

Most recently the NCAA’s best returning player, Johnny Manziel, faced an investigation for allegedly receiving payments for autographs he signed, an action that could have potentially forced him to sit out the entire upcoming season.

After a six-hour hearing, the NCAA determined that there was no evidence that Manziel received payments for autographs, but he did violate rules regarding the signing of certain autographs and declared him ineligible to start the season for one half of the first game.

“Student athletes are often asked for autographs from fans, but unfortunately, some individuals’ sole motivation in seeking an autograph is for resale," said NCAA Vice President of Academic and Membership Affairs Kevin Lennon after the Manziel ruling.

"It is important that schools are cognizant and educate student athletes about situations in which there is a strong likelihood that the autograph seeker plans to resell the items.”

The Manziel ban is the latest decision made about high-profile NCAA players who have had their amateur status questioned during their collegiate days.

In 2010, Reggie Bush returned his Heisman trophy, an award given out annually to the NCAA’s best player, after the NCAA concluded he received money from marketing agents while playing at Southern Cal in 2006.

Throughout the 2010 football season, Auburn quarterback Cam Newton fought allegations that his father solicited schools for up to $180,000. Newtown served a one-day suspension, but never missed any playing time, going on to win the 2010 Heisman Trophy and leading Auburn to a 2011 National Championship win.

NCAA football is now a big money business. According to ESPN, in 2008 the University of Alabama, one of the premiere programs in the NCAA, had profits of more than $123 million, but its players were not able to see any of that revenue.

"They (the players) deserve something. They’re raking in all this money, and they don’t see any of it. They can’t do anything. They can’t go out on a Saturday night with their buddies or take out their girlfriend. Something has to change.”

With the NCAA unwilling to adapt, will changes be forced upon it?

“I think times have changed," answered Childers. "They are so stubborn with their old rules and the way they conduct themselves the hypocrisy is unbelievable.

“I don’t think they’re losing their amateur status, but I do think we’ll start seeing the kids make a little bit of money off of all the hard work they put it.”

What Childers is talking about would be total cost of the tuition system, where players would receive a set allowance to give them money to spend outside of their classroom expenses.

However, the NCAA is not in favor of implementing such a system, according to NCAA Vice President of Communications Bob Williams.

“As a membership association, our members have not supported the professionalization of college athletics,” Williams said in a statement to CNN.

“Our 1,110 member schools provide educational opportunities for more than 430,000 student athletes across three divisions. While many think college sports mean big money, less than 30 of these universities actually generate a profit from their athletic programs.”

Williams says the NCAA gives 96% of their revenue directly back to the schools, and thus the student athletes, to generate more than $2 billion in athletic scholarships.

These are the same contracted scholarships that restrict the student athletes financially and prevent profiting from their own success.

While there have been many options thrown around to solve the growing “amateur” problem in NCAA football, one thing is for certain - there needs to be a solution soon before the there is an English Premier League like move away from the NCAA.