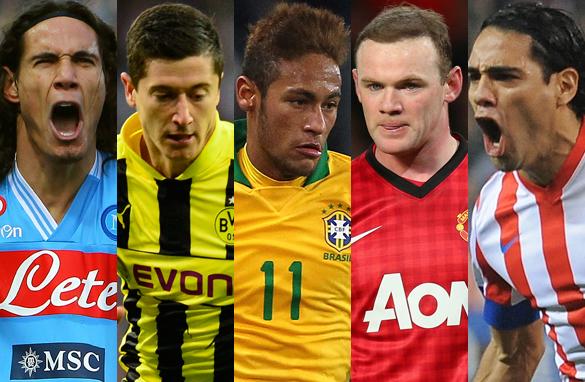 The upcoming close-season is shaping up as another blockbuster in Europe. But which of the players on the move has captured your imagination? END_OF_DOCUMENT_TOKEN_TO_BE_REPLACED

Is NYFC a good thing for the MLS? 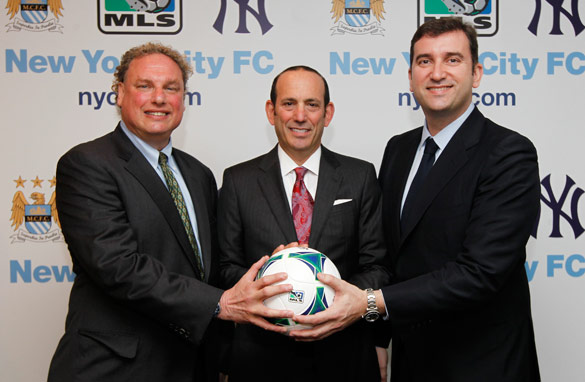 Major League Soccer prides itself on its rapid expansion. And with good reason. Just eight years ago, there were only 10 MLS teams alive and kicking.

That tally will now rise to 20 with the all-new Nycfc set to debut in 2015. But does their arrival on the scene spell double-trouble for the league and are MLS fans as a whole being short-changed by it all?

There’s no doubt that relatively-speaking these are boom times for the soccer scene in the States. Attendances overall are up.  Just go to any Portland or Seattle home game and you’ll witness a vibrant, passionate crowd that would put a lot of their European counterparts to shame.

MLS is a sound business model and very much on the right track but I just can’t help wondering to what extent the proposed  New York City FC  multi-million dollar deal might be risky business.

Sound financial planning has always been key to the league and its mantra but the  rule-book went out the window to some degree when David Beckham signed on with the L-A Galaxy seven years ago.

The stringent salary cap was relaxed and in came the three-designated players rule. Now think about it for just a moment.  Would that really be enough for the new franchise’s owners?  Remember who they are after all!  Manchester City belong to Sheikh Mansour and as a club – in terms of spending prowess- money is truly no object - and he will demand success.

And what should we make of the Yankees involvement in all this? I still recall their marketing tie- in with Manchester’s “other” club United back in the early 2000s. It didn’t last and there always seemed to be a lack of clarity over how it all worked?

Will things be different this time around? It would appear so and that can only be good news for City who’ll be benefit from the Yanks’ stature and local clout.

As I understand it- the most famous brand in baseball will be part-owners and will certainly have a huge say in vital issues like where in fact the new club will play but again we're left wanting to learn more about what exactly their role will be.

I have to conclude this is a great news for footy fans in the New York City area but what about the rest of the country?

The Red Bulls' average home attendance already falls well short of its 25,000 capacity and the Big Apple also has the reformed New York Cosmos on the scene too.

Is this potentially soccer over- saturation New York style?  I realize it's the allure of the lucrative Nyc market and all that but has the league missed a great opportunity to truly put new meaning into the word " expansion"?

For example- take the huge area of land known as the Southeastern USA. Not an MLS franchise in sight.

Why? Where I live in Atlanta I'd have to travel some nine hours by car to go and watch my "local" team- DC United in Washington!

Having grown up in North West England- the City fans I know would never have dreamed of seeing the day their club would launch a spin-off franchise in the United States - with the added benefit of being able to loan out players to the MLS side.

Most I'm quite sure would rather the club be fully focused on prioritizing the search for a new manager or improving their woeful recent Champions League record.

In fact- they might even  be wondering  if they'll possibly even get to see Yankees baseball at the Etihad some day!

I have no doubt the MLS' newest franchise will soon become the league's undisputed super-power backed by the world-wide might of City and the Yankees.

I'm left with this nagging doubt though.  Will the other 19 be able to seriously compete? If so, how?  The MLS landscape has changed rather dramatically now and it all seems to have happened quicker than a New York minute.

END_OF_DOCUMENT_TOKEN_TO_BE_REPLACED 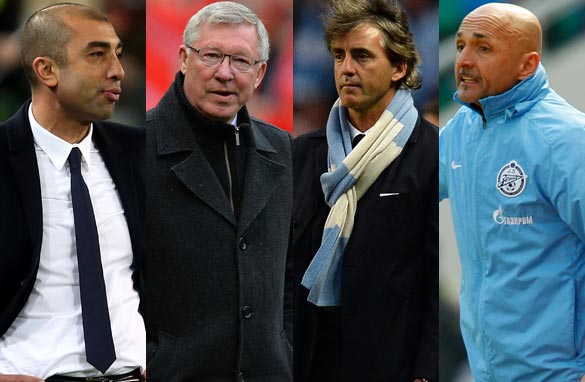 Tradition, according to Christian scholar Jaroslav Jan Pelikan, is “the living faith of the dead”, and so - with this thought as a guiding light - this column will focus on the negative and malfunctioning instead. Namely, which manager failed most to live-up to their pre-season goals? After all, this is the question that preoccupies the myriad of club owners across Europe. END_OF_DOCUMENT_TOKEN_TO_BE_REPLACED

Pedro's Point of View: Who is the Champions League's MVP?

Which of these five players has been the 2012/13 Champions League's MVP? (Getty Images)

After 124 games and 355 goals, there are only two teams left standing in the European Champions League.

Bayern Munich and Borussia Dortmund managed to navigate their way through an intense group stage and six dramatic knock-out stage matches to reach the final, scheduled for May 25 at Wembley.

Since there is still plenty of time to look ahead to the Battle of the Bundesliga, I have decided instead this week to take a look back at what has been an exhilarating season and pick my Most Valuable Player of the competition. END_OF_DOCUMENT_TOKEN_TO_BE_REPLACED 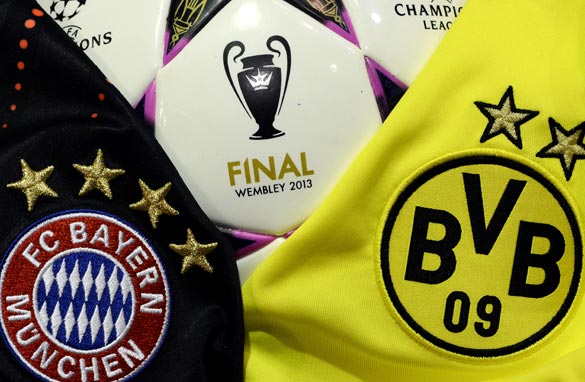 While the march of Bayern Munich and Borussia Dortmund to Wembley has been thrilling to watch, it's too early to tick the box marked "Era of German domination." END_OF_DOCUMENT_TOKEN_TO_BE_REPLACED 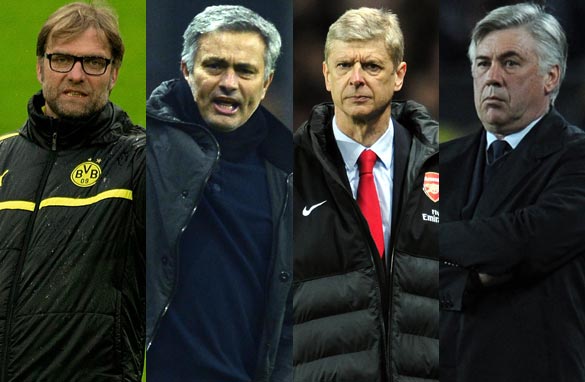 On Thursday, the former Bayern Munich and Manchester United star made his debut for the CNN Football Club. END_OF_DOCUMENT_TOKEN_TO_BE_REPLACED