A European champion with club and country who was once crowned the continent’s finest player, Ruud Gullit’s pedigree in unquestionable.

Now the midfielder is adding the CNN Football Club to a CV which already boasts AC Milan, Sampdoria and Chelsea.

The mercurial Dutchman was in the studio to assess this week’s European Champions League quarterfinal ties, a competition he won twice as a player. END_OF_DOCUMENT_TOKEN_TO_BE_REPLACED 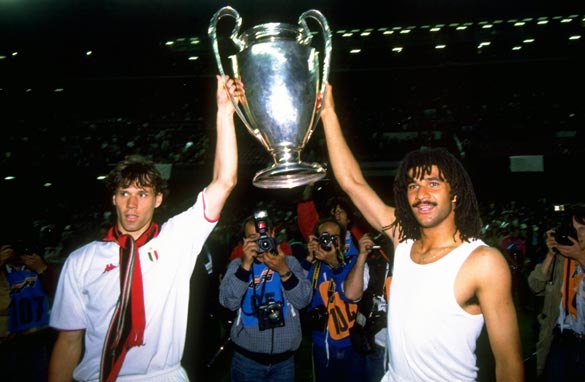 As I prepare to interview Gullit on the CNN FC show this week, I decided to take a closer look at all the challenges clubs face in winning the competition these days, and I will tell you what, I don’t think any club will win back-to-back titles any time soon. END_OF_DOCUMENT_TOKEN_TO_BE_REPLACED