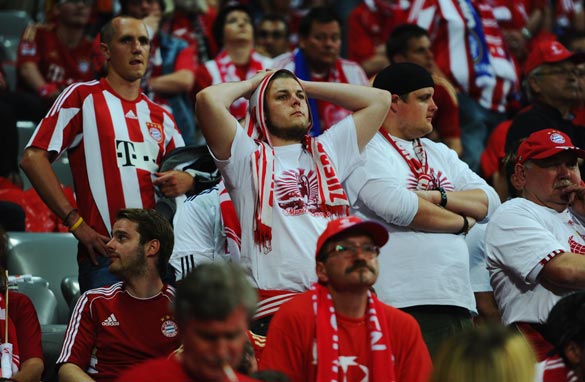 From outside it sounded like a real match was going on inside and, for long periods, there were thunderous roars of approval as the local team dominated their English opponents. And that explains the shock; the empty stares as the Bayern faithful walked home wondering how on earth their team had lost. END_OF_DOCUMENT_TOKEN_TO_BE_REPLACED