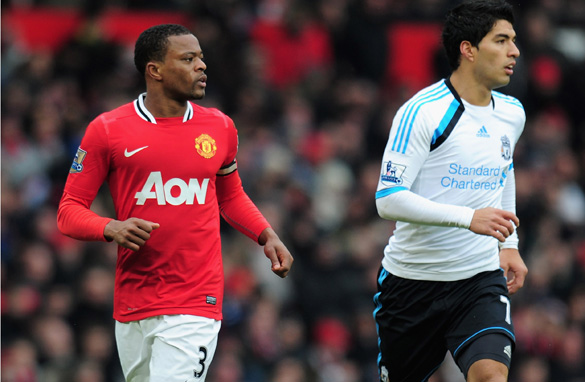 From the initial decision not to apologize to the Manchester United player, to the wearing of t-shirts to support Suarez, to Kenny Dalglish’s insistence on standing up for his player even after he was charged by the English Football Association, they got everything wrong.

Let me make one thing clear. I don’t think Suarez is racist. The fact he called Evra "negro" and “negrito” ("little black guy") doesn’t make him automatically guilty of prejudice.

In South America, that is a normal term to describe someone of color. As a matter of fact, in Brazil, some players’ nick-names actually refer directly to the color of their skin. For example, “Negao” (big black guy) or “Pretinha” (small black girl) are how a beach soccer national team player and a women’s national team football player are officially known respectively.

However, even if Liverpool believed Suarez wasn’t racist, and that he did not mean any harm, they should have been sensitive to the fact Evra did not share the same view. And if you look at the match footage, which at one stage shows Suarez pinching the skin of Evra's arm, it is obvious that the Uruguayan was purposefully winding up his opponent.

If the France international was upset or hurt by the term, Liverpool should have made the player apologize. My feeling is if Luis had said he was sorry, the Reds could have avoided this storm of negative publicity entirely.

So why did the Anfield club finally change its stance and decide to issue apologies on Sunday from Suarez and Dalglish? In my mind there is only one reason for that – the owners told them to do it.

The fact that Suarez’s refusal to shake Evra’s hand had made the New York Times newspaper meant Liverpool’s American owners, Fenway Sports Group, couldn’t avoid it anymore. It surprises me they took this long to catch on, but I am glad they finally did. Otherwise, we may still have been waiting for an apology right now.

Furthermore, even if the club is denying it received pressure from its sponsors - such as the team's shirt endorser Standard Chartered - to change its tune, there is no question the bosses at the club felt the “money men” breathing down their necks.

Suarez cannot be defended for his childish demeanor throughout the ordeal, but I put more responsibility on Dalglish’s shoulders. As an experienced man in the world of football, he should have known better.

He should have known that putting his head in the sand would not make the problem go away. It is my opinion that his job is now in peril. In addition to the team doing poorly on the field, he will have to answer to his aggressive and backwards attitude off it.

How do I expect this saga to end? Honestly, I think Dalglish will be sacked at the end of this season and Suarez - for all his undoubted onfield talents - will be sold to a foreign club. Liverpool cannot afford to continue to be haunted by this story in the future, and that will happen while the Uruguayan forward is still at Anfield.

Liverpool is too classy an institution to have its name continually dragged through the mud. The owners know this, and one day the fans will see it too. No matter how much they love their players and their manager, they still have to be able to tell what is right and what is wrong.