Can Senna restore romance to Formula One? 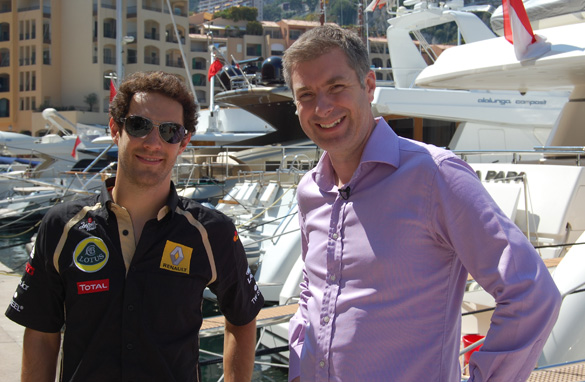 The name Senna was already on many people’s lips on Tuesday, when the eponymous documentary picked up three richly-deserved BAFTA nominations. That Williams, the Formula One team so tragically and inextricably linked to Ayrton’s death, should choose the same day to announce the signing of his 28-year-old nephew, Bruno, was remarkably poetic.

So much has been written about Ayrton Senna that his story scarcely needs retelling, even if it remains utterly fascinating. But outside of his family connections, Bruno Senna is less well-known. Ayrton himself once said, “If you think I’m fast, wait until you see my nephew!”

But the 10-year-old’s racing career almost died too on that tragic day at Imola in 1994 when his family, quite understandably, forbade him to continue. However, following a decade’s hiatus from the sport, its lure finally proved too seductive, and Bruno took to the track once more.

Eight years on, perhaps that time away from the wheel has cost him in terms of his development. On a grid that features no fewer than six world champions, Senna faces almost unprecedentedly fierce competition.

Compare him to 2008 world champion Lewis Hamilton - a year younger than Bruno, but thanks to his many years in the bosom of McLaren, vastly more experienced – and his performance is actually more notable than it first appears.

I spent an afternoon with Bruno at his home in Monaco last year, shortly after he joined Renault as a test driver. I remember trying to clear my head of thoughts of his uncle before I met him, certain that he must be tired of the comparisons. But enter Bruno’s apartment and Ayrton is an unavoidable presence. Pictures and mementos of the great man’s incredible life adorn the walls and, as many have remarked, Bruno’s likeness to him is quite startling.

Bruno is, however, quite a different character. Open and immensely likeable, he is also relaxed about the inevitable comparisons, and understandably fond of the memories he has of his uncle. He spoke warmly of Ayrton’s affection for his family and the time he gave its youngest members. “He loved kids, so me and my sister, we always had a great time with him,” he told me.

So what exactly does he bring to Williams, a 16-time world champion team that languished equal ninth in the constructors’ standings last season? The younger Senna has apparently impressed his new employers with his technical prowess.

I had a glimpse of his passion for technology when, somewhat hilariously, he accidentally dropped his phone down the toilet. Opening up a briefcase he revealed a galaxy of tools that would grace any engineer’s workbench, and proceeded to tinker patiently with the handset in an attempt to revive it.

He also brings a significant sponsor from his home country, which may attract cynicism from some commentators, but will certainly be welcome at a team that has struggled to match its rivals of late - making its last world title in 1997 seem a very long time ago indeed.

But it is the intangible quality that he brings to Williams, and in this new partnership, to Formula One that is undoubtedly the most compelling element to the story. Ayrton only competed in three races for Williams before disaster struck, and the subsequent trial and acrimony that surrounded the team following his death might lead many to assume the relationship was scarred forever.

But the name “Senna” has adorned every single Williams car that has raced since the accident, and there is a real sense that Bruno is already part of the family. Not only that, he has looked a more accomplished driver by the year and there are signs that, given the right car, he may well be a force on the grid.

Anyone who has seen the film “Senna” will have been struck by the glamor and romance that exuded from the sport in what was an extraordinary period in its history. There is no question that in the intervening years this has waned.

The pre-eminence of the somewhat divisive figure of Michael Schumacher and a lack of competitive racing lost the sport many casual fans for a while. The emergence of technology as the dominant feature of the cars has also made it somewhat opaque and a little cold at times.

But while the technology is clearly here to stay, over recent seasons the grid has given us some of the most competitive racing in years, and the youthful vigor of Sebastian Vettel, Hamilton, Fernando Alonso and Jenson Button has injected it with new life.

Perhaps the only ingredient missing was some of the romance evoked so powerfully by Asif Kapadia’s documentary. The combination of Bruno Senna and Williams brings that to the grid in spades. Many will want it to succeed.