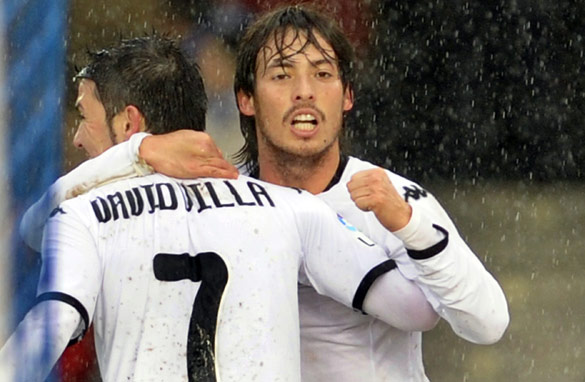 The downing-of-tools in Spain has nothing to do with the rich and famous soccer stars of Real Madrid and Barcelona.

Rather, it has everything to do with average professionals who are owed money, a lot of money, by clubs that have been mismanaged and are currently teetering on the edge of the financial abyss.

Let’s face it, in an age where some footballers earn hundreds of thousands of dollars a week, it’s difficult to imagine those employed by the "beautifual game" suffering from fiscal floundering.

But for every millionaire there are hundreds of professional athletes who live cheque to cheque.

In Spain, the situation for most football clubs is dire. While the likes of Real and Barcelona have been taking home over $200 million each from TV revenue every year, and many more millions from Champions League prize money and endorsements, most other clubs are struggling to make ends meet.

Many first division clubs have averaged only $10 million in TV revenue per season. Not enough to compete at the top level and to stay among the country’s elite.

Unfortuntely, the ambition to remain competitive has led many Spanish clubs to live beyond their means, with their many campaigns built on credit finally coming back to haunt them.

Did you know that in the last two years, 22 of the 42 clubs from the professional leagues have been in administration at one time or another?

Did you know that even a club like Valencia, who have been in the Champions League five of the last ten seasons, have a huge debt (estimated at $700 million) and still struggles to avoid bankruptcy?

The Valencia case is one that shows just how irresponsible many Spanish clubs have been. This is a big club, which has a decent fan base and a good brand but is currently sinking in a self-made mire.

The mixture of countless poor signings, exorbitant player wages, severance payments to coaches and a botched stadium move have forced Valencia to sell most of their top players just to survive.

Over the last two seasons, they have let go Carlos Marchena, David Silva, David Villa and now Juan Mata for a combined $170 million. Players who could have helped them obtain domestic and European success but instead, they had to be cashed in for the club to be able to pay off their debt and to pay employees’ salaries.

Which brings me to why the players have gone on strike.

Two hundred of them are currently owed a combined $70 million by their clubs. Many of them haven’t been paid in a year. A fact that must be all the more sickening when watching players like Lionel Messi take home many thousands of dollars in wages per week.

They have had enough and the Association of Spanish Footballers (AFE) has taken a stand. The AFE has been trying to negotiate a new collective bargaining agreement with the League in order to ensure this does not happen again.

It wants league officials to create a special fund to protect players’ salaries. It also wants to introduce a clause that would allow a player to break his contract if he isn’t paid for three straight months.

So what next? The ball is in the League’s court. They have to find a way, with the help of the clubs, to pay off the money they currently owe to players.

After that, they have to make sure this situation does not happen again. Introducing a law which penalizes clubs which enter administration would go a long way to convince owners and chairmen that they can’t live in debt.

It might also go a long way to convincing players to do what they are paid to do. Take to the pitch and entertain us.