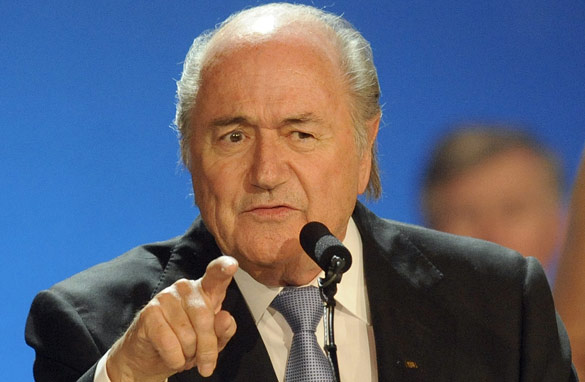 I’m not putting the battle for world football's top job on a par with the life and death struggle for democracy in the Middle East, but the tide of people power sweeping through countries such as Tunisia, Egypt and Libya can’t help but inspire a “we can” mentality among some of us watching the drama unfold. END_OF_DOCUMENT_TOKEN_TO_BE_REPLACED