Why were EPL players snubbed in all-star selection? 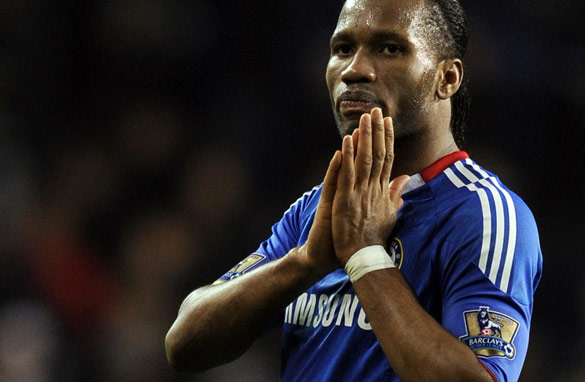 CNN's Terry Baddoo thinks Chelsea's Didier Drogba should have been included in FIFA's team of the year.

The English Premier League may like to think it’s the biggest football league in the world, and certainly it spends the most money, but the 50,000 professional players, managers and journalists who voted for FIFA’s team of the year don’t appear to think it’s the best on the planet.

For the first time since the award was introduced, not one player from England’s top flight made the grade. Instead, the all-star team of 2010 featured six players from Barcelona, three from Inter Milan, with the other two coming from Real Madrid. Contrast that with last year, when the EPL provided five of the elite 11, and it would seem that its reputation has taken a bit of a bashing.

Of course, part of that can be put down to the fact that this was a global poll, and, with the tacit approval of FIFA and UEFA, there’s been a recent trend in world football towards putting the boot into the English game because of the vast amount of money it has thrown about in recent years.

Such spending has priced many foreign clubs out of contention for big-name stars, raised the transfer fees for even the most mediocre of players by inflating the market, and made insolvency fashionable. Many people find that abhorrent, and because of that sentiment there seems to be a certain satisfaction in putting English football down.

There’s also the current love affair with all things Barcelona and many things Spanish in the wake of the country's 2010 World Cup success and the Catalan club's continuing La Liga dominance. Barca retained the domestic title playing the kind of fantasy football that’s a purists dream, but unsustainable for Josep Guardiola's team or any other club, as it's built on a perfect storm of complementary talent the like of which will likely not be seen again for generations.

Add the legacy of England’s World Cup debacle, and it’s easy to see why the cosmopolitan electorate looked anywhere but the EPL to fill the team of the year. However, I think that was a bit short-sighted.

The Premier League - and I do mean the league itself as opposed to England per se, as the bulk of the EPL’s top stars are from overseas - produced a number of players who should certainly have been candidates for an unbiased vote based on their performances in 2010, which of course encompasses more of last season than the current one, otherwise why would Inter be so well-represented in light of their form from August to December?

Chelsea striker Didier Drogba top-scored in the EPL with 29 goals in the last campaign. And, while he’s been off the boil this season, due in part to the after-effects of malaria, he’d already done enough, in my opinion, to make the cut.

Florent Malouda was also stunning for the Blues last time out, which was his best season in Chelsea colors. Then there's Wayne Rooney, who had a stinking World Cup, but that should not have overshadowed what he did for Manchester United during their title challenge. And yes, I know he didn’t score a goal in open play from March last year until this month, but certainly the value of the work he did off the ball during the many games in which he failed to hit the target last season should not have been undervalued.

Similarly, Frank Lampard made 17 assists last season on route to Chelsea's league and cup double, while Cesc Fabregas of Arsenal made 15, both men adding more assists than Spain’s biggest helping hand, Xavi, who made only 14 for Barcelona.

Therefore, to my mind, there are at least five England-based players who deserved serious consideration on statistics alone. And that’s not even taking into account my contention that neither Barca nor Inter would have been as dominant as they were last year had they played in the EPL, where the pace, physicality and intensity of the competition week-in, week-out far surpasses that of any other league, making it harder for any one player to consistently excel.

So for me, the voters got it wrong by excluding the entire EPL contingent. But then football is all about opinions isn’t it?