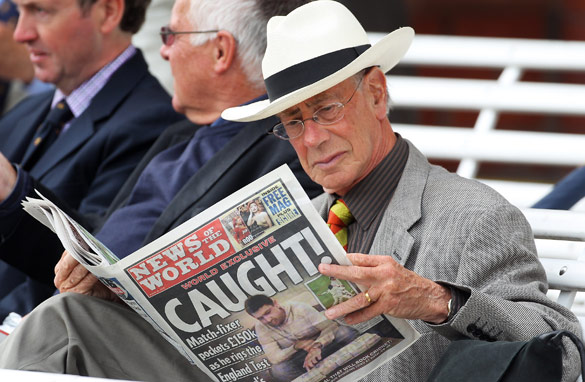 The Pakistan Cricket Board (PCB) needs all the friends it can muster right now. Last year’s deadly and brazen terror attack on the Sri Lanka team in Lahore means that no-one will travel to play cricket in Pakistan, seriously affecting the PCB’s capacity to generate finances. That attack –- in which eight people died - also cost Pakistan the right to co-host next year’s lucrative World Cup. The sight of both teams leaving the stadium in a military helicopter could have been the death-knell for the sport in Pakistan.

You could hardly have scripted a worse series of events for a national sports team. I haven’t even mentioned the controversial death of their coach Bob Woolmer following their shock elimination from the last World Cup in the Caribbean. For weeks, the Jamaican police conducted a murder investigation, before deciding Woolmer had died from natural causes.

Through all of this, the team has survived. They have some incredibly talented young players and of course a devoted fan-base back home. But how many knocks can they take?

If true, some are hoping that these revelations will prompt a thorough cleansing of the sport in Pakistan. But even then, security remains a serious domestic issue and the integrity of Pakistan cricket may have been irretrievably damaged.