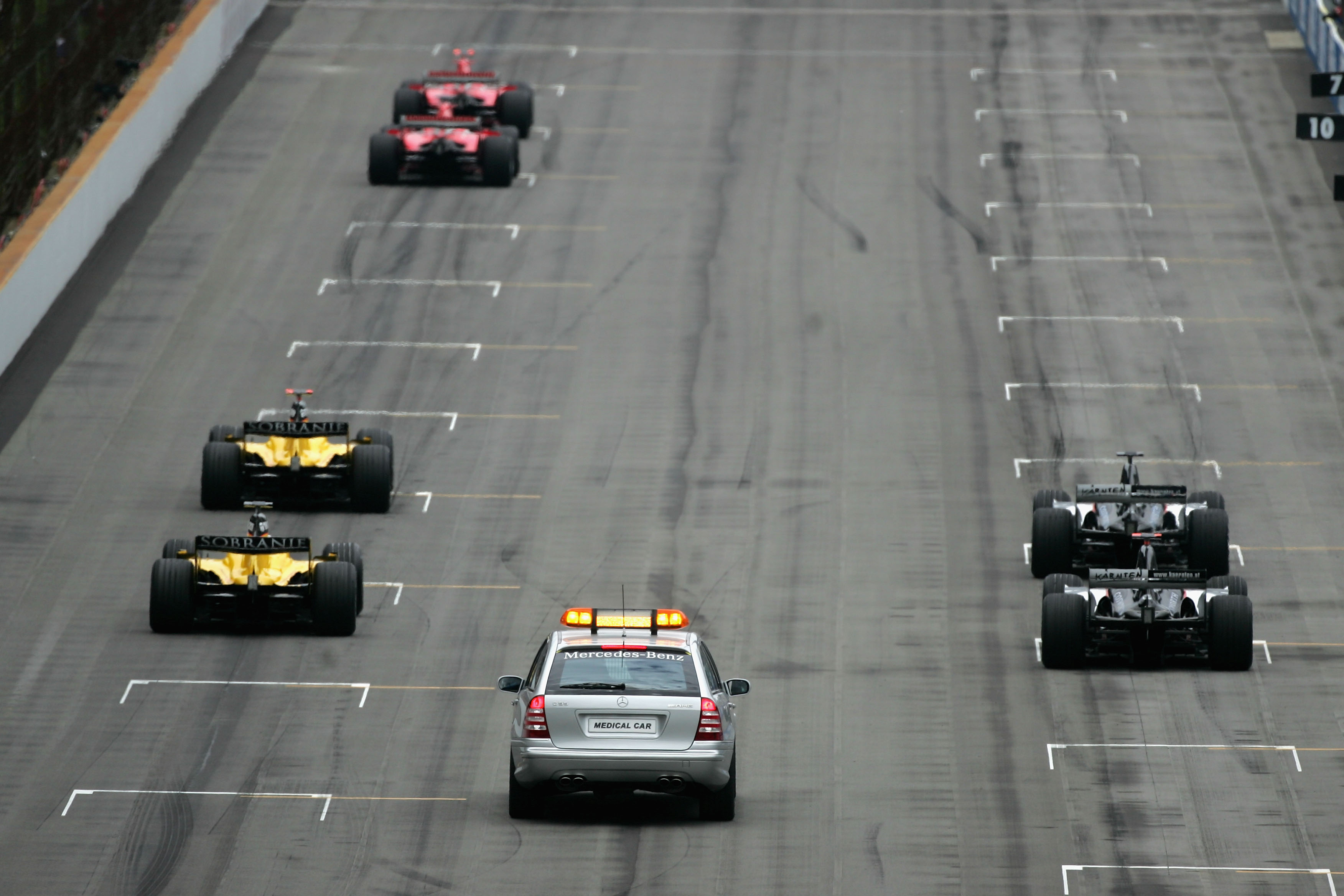 But there is no doubt that in recent years the United States' relationship with F1 has become somewhat strained. The 2005 Michelin tire fiasco, which led to half the teams boycotting the race and leaving just six drivers left to compete, did little to endear the sport to its American audience. And many believed that the 2007 Indianapolis Grand Prix would well and truly be the last.

However, speculation has been rife for sometime now that the F1 powers that be were planning another attempt to crack the American market, after Indianapolis race organizer Tony George was spotted at the Chinese Grand Prix earlier in the year.

The Liberty State Park in Jersey City, which boasts a back drop of the impressive Manhattan skyline, was earmarked by Ecclestone as a potential location.

But despite being just one of many possible venues, the idea for a New York F1 race sparked protest from the parks owners and from Jersey’s mayor and talks between the two parties came to nothing.

In the end Ecclestone reached an agreement to host the US Grand Prix in Austin, Texas  - one of America's most fashionable cities and the centre of the US technology industry. A purpose built track is be constructed in the city, which is now committed to hosting an F1 race for ten years from 2012 to 2021.

But Ecclestone will still face a struggle to generate interest in F1 in America. His main obstacle comes in the form of the popular NASCAR and IndyCar racing series which, after American football, are the most watched sports in the country.

Andretti, arguably the nation's best-ever F1 driver, has said that many of the NASCAR and IndyCar drivers have F1 potential, but are content to settle. And it looks like many American motor racing fans have now done the same.

America’s indifference to F1 is further highlighted by the recent failure of the newly- created US F1 team (which was set up to promote the sport across the States), to line up on the 2010 grid.

So it seems that there is a long way to go before America embraces F1 in the same way that the rest of the world already has, and at this point it is by no means certain that the championship will even make a comeback in the US.

But if Ecclestone can succeed in rejuvenating the US Grand Prix in a new iconic location, could the American people’s attitudes to F1 change for the better? Only time will tell.