Can Magath produce another miracle? 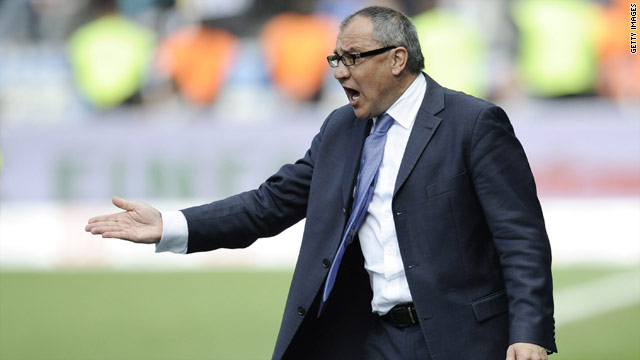 Felix Magath will go down in history if you can lead Schalke to the Bundesliga title.

Magath's Schalke side are battling it out with Champions League finalists Bayern Munich to see who will be crowned 2010 German champions.

It is a position that Bayern are accustomed to.

The most successful club in German football history are attempting to win their 22nd league title, as well as a fifth European Cup. Bayern are true European heavyweights.

Bayern should really lift the title again this season. Victories over Bochum and Hertha Berlin, two clubs who look poised for relegation, will see them crowned champions due to their vastly superior goal difference.

In contrast, Schalke have a tough match against third-placed Werder Bremen, before a final day visit to Mainz. Level on points with Bayern, Schalke need a shock to happen.

Ordinarily, I would say Schalke have no chance but their coach, Felix Magath, is no ordinary leader of men.

In two seasons he transformed unheralded Wolfsburg from also-rans to champions for the first time in their history.

A club previously famed for fighting relegation, Wolfsburg - under Magath - finished fifth in his first season, before stunning the elite to win the Bundesliga title last season.

You only have to look at Wolfsburg's league position this season to really appreciate the stunning nature of what he achieved.

This is the same Felix Magath who, in his first season as Bayern Munich coach, won the league and cup double in 2004-2005, unbelievably repeating that feat the following season, the only time in German history that a club has completed successive doubles.

Now the 56-year-old, who lifted the European Cup in 1983 when captain of Hamburg, stands on the verge of marking himself down as possibly the greatest coach in German football history.

Three times in the last decade Schalke finished as Bundesliga runners-up. In fact, the Gelsenkirchen side - who dominated German football to such an extent between 1933 and 1945 they lost only six league matches in 12 years - have not lifted the title for 52 years.

Can Magath end that unwanted statistic and win his fourth Bundesliga title in six years with his third different club?