Woods won't be able to erase this stain

It’s official. Nothing surprises me in sport. If even half of the lurid kiss-and-tell tales are covered by Tiger’s admission of “infidelity”, then nothing is sacred. 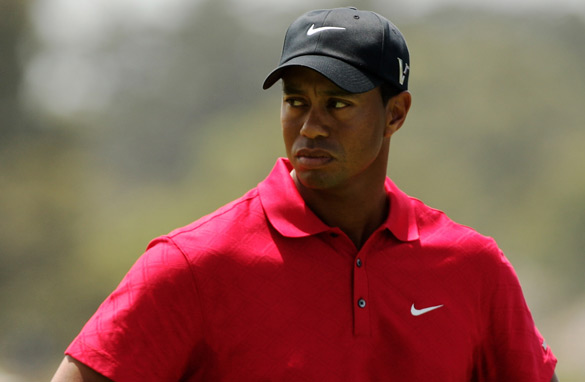 Don’t get me wrong, I’m not here to moralize. Not least of all because I can’t begin to understand the temptations routinely placed before a man who not only dominates his chosen sport, but IS his chosen sport. What dumbfounds me is that a guy who seemed to be the ultimate control freak in terms of his game and public image can have made such a huge error of judgment.

I’ve met Tiger several times, and, like any journalist who’s tried to extract a pithy quote from him, I realized I was only getting the tip of the iceberg. What I didn’t realize was that what lay beneath his guarded exterior was not depth and maturity, but a naive, duplicitous character who was so much less than the sum of his corporate parts.

That said, his most recent statement about needing to take a break from golf for what he called “personal healing” and the chance to become “a better husband, father, and person” at least suggests that Tiger has at last stopped fooling himself as well as the rest of us, and is prepared to seek the man we believed him to be.

Whether that’s too late to save his marriage is not for me to speculate. But, in my opinion, it’s certainly too late to salvage his image as a sporting icon. Rightly or wrongly, we expect our heroes to be role models. And even though there’s a list as long as a fairway of men and women who’ve failed to live up to that ideal, we persist in creating demi-gods out of people whose only real obligation is to be good athletes.

Hence, Tiger was on a pedestal, perhaps the highest one of them all. And, having embraced that role, I don’t believe this perfect storm of controversy will allow him to erase the indelible stain it's created. He's fallen from way too high.

And, of course, that’s a shock and a shame when speaking of a man who has sought and achieved perfection throughout his career. Great champion, flawed individual - certainly not the legacy Tiger Woods expected to leave.