The apparent suicide of Germany goalkeeper Robert Enke is a stark reminder that top footballers aren’t immune from the slings and arrows that life throws our way. 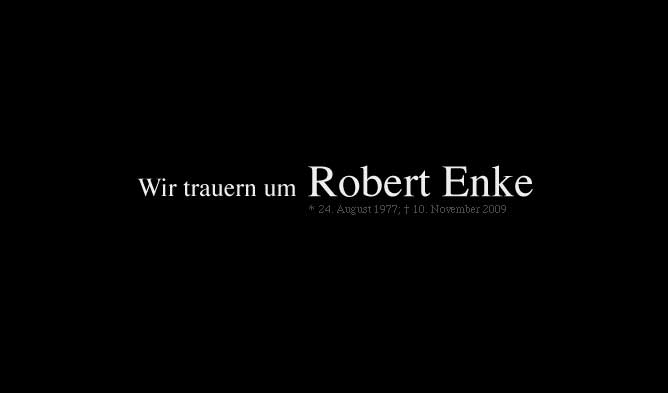 In an age when European soccer has never been richer and the rewards for the best players have never been higher it’s easy to envy the game’s stars. Many of them earn more in a week than you or I get paid in a year, simply because they have been born with an exceptional, physical talent.

It’s not easy to empathise with people who are cheered by tens of thousands of fans every week, who travel all over the world at someone else’s expense and who can afford to buy almost anything – houses, jewellery, cars – without thinking twice.

International footballers have lifestyles we can only dream of but that doesn’t mean their lives aren’t a nightmare.

Football may only be a game but, like all professional sport, it is also big business and the pressure to achieve results is huge. Of all the players on the pitch, none is more exposed than the man guarding the net.

As England goalkeeper David James wrote, in the Guardian newspaper earlier this year, “Whereas an outfield player can risk a bad pass and expect to be covered, a goalkeeper has no margin for error. It makes us pretty pedantic and intense at times.”

Tellingly, he goes on to say, “Keepers are guarded and we become more so as we get older.”

Goalkeepers have always been viewed as independent, aloof, a bit quirky even. They pride themselves on being the rock on which a successful team can be built while running the risk that they’ll become the shaky foundations of a bad side.

Robert Enke was a good goalkeeper. He was tipped to be Germany’s number one at next year’s World Cup. After spells with clubs as famous as Barcelona and Benfica, he was playing for Bundesliga side Hannover 96 and his form had attracted interest from the mighty Bayern Munich.

But Enke’s excellence on the field couldn’t protect him from life’s vagaries off it. His two-year-old daughter died three years ago from a heart illness and his wife has admitted the player was suffering from depression. They adopted a baby girl in May and it’s thought Enke was concerned she would be taken away if the authorities learnt about his condition.

If that doesn’t seem an insurmountable problem maybe it simply underlines that Robert Enke’s death is as tragic and mystifying as anyone else’s suicide.

Footballers may be rich and privileged but, in the end, they have no special immunity against the reality of life.