Adebayor deserves to be banned

It's called common sense, and Emmanuel Adebayor could and should have used it after scoring for Manchester City against his former club in Saturday's English Premier League clash. 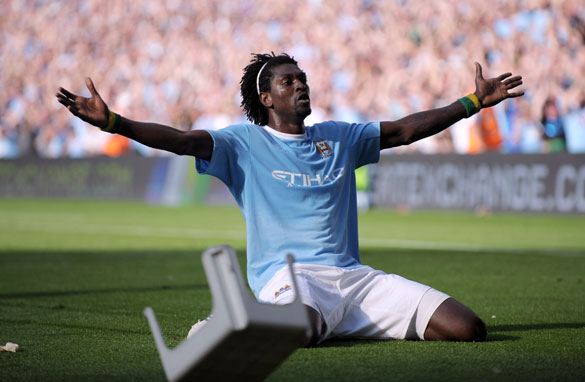 Adebayor’s celebrations prompted Arsenal fans to pelt him with objects, including a plastic chair.

Let's face it. Adebayor was a little-known forward when he was signed by Arsene Wenger.

He enjoyed two and a half decent seasons at Monaco, where he scored once every four games, but it was with Arsenal that he became a star.

Does it mean that he needs to feel indebted to the Gunners or Wenger for the rest of his career? No, probably not.

However, it does mean that he should show his previous employers a little more respect.

Did he not think about what he was doing? I don't buy that argument. He had a good seven or eight seconds while he was running from one edge of the pitch to the other to consider his actions.

He could have stopped at the halfway line. He could have turned and headed to the Man City bench. But he didn't. Instead he ran to celebrate in front of the fans of his former club, rubbing salt into their wounds.

So that excuse won't fly in my book. This was an action which should be punished because the celebration could have ignited violence in the crowd.

It could have led a few of the Arsenal fans to jump the barrier and invade the field.

Believe me, I love goal celebrations. I have no problems with players taking their shirts off, or putting hats on, or jumping up and down like little children.

That shows passion, it shows they care. I personally believe players shouldn't be booked when they become bare-chested after scoring in a professional game.

However, this was over the top. The English Football Association has taken action and rightly so.

A five-match suspension may be harsh, but I would back a two-game ban. It would stop other players from behaving similarly, which could one day spark violence in the stands and on the pitch.

The best U.S. Open ever?

WOW! What a U.S. Open! Two surprise winners and lots of talking points. I’ll get to the Serena saga in just a minute, but first – did anyone really think that Kim Clijsters would win the tournament? I didn’t. 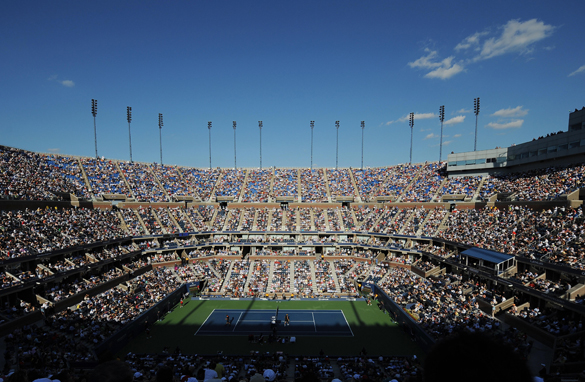 Roger Federer and Juan Martin Del Potro do battle for the U.S. Open title in the cauldron of the Arthur Ashe stadium.

It was only her third tournament back since she began her “second career” and she was not only unseeded, but also without rank.

So, she becomes the first female wild card to win a grand slam title and the first mother to win a major since 1980 – and wasn’t that celebration great? A real family affair with her adorable daughter Jada coming on the court to enjoy the moment.

In my last post I addressed the issue of the lack of depth in the women’s game. But again, I don’t believe the standard has gone down, just that Clijsters is back and better than ever. She played more aggressively in New York than she has in the past and of course has nothing to lose. Every moment she has out on court is a bonus.

There are more grand slams in her. It’s just a matter of whether she wants to stick around for a while.

Juan Martin del Porto will win more majors. That I can promise you. The 20-year-old has now fulfilled his massive potential by winning the US Open, and could easily climb to the top of the rankings next year, if he can stay injury-free.

Even when he was a break down in the fifth set though, I still thought King Roger would capture number 16. On a 40 match-winning streak at Flushing Meadows and with a sixth straight Open title in his sights, he let the match slip from his grasp in a quite an un-Federer-like display.

But all credit to del Potro who thrashed Rafael Nadal in straight sets in the semi’s before dethroning the king in his very first grand slam final.

Roger was his usual classy self afterward and after a pretty miserable start to the year, really finished well. Now, with twin girls I’m sure he’ll put this loss in perspective and not be too disheartened.

He had a slight Serena moment in the final, swearing at the umpire – but it was nothing compared to the foul-mouthed rant at the line judge that we saw on Friday.

It looked at first as though Serena had accepted the call, but then suddenly a switch flipped in her head and she lost it. I’m glad she’s now apologized because that post-match press conference was ridiculous.

It might also save her from having her singles prize money taken away – $350, 000 and being banned from the tour.