Manchester City must be taken seriously

The signing of Arsenal defender Kolo Toure, with the prospect of at least one more top center-half being signed to partner him, marks Manchester City down as genuine English Premier League title contenders for the forthcoming season.

City appear to have been signing up every available world class striker this summer in an attempt to break the current monopoly held by Manchester United, Chelsea, Liverpool and Arsenal and there is no doubt that a forward line of Adebayor, Tevez. Santa Cruz, Robinho and Bellamy will trouble even the most resolute of defenses. 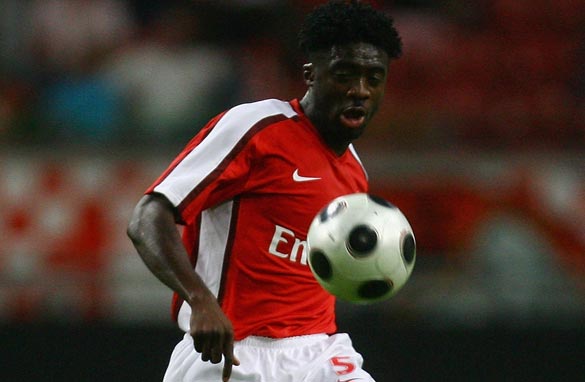 However, the capture of Toure is even more significant.

Firstly, the signing takes away a vital player from a potential title rival.  To some experts, Arsenal are the most vulnerable of the top four clubs. Selling Emmanuel Adebayor to City was seen as good business, but Toure - as the final member of the unbeaten 'Invincibles' Arsenal side that won the title in 2004 - was a key component of Arsenal's back four and his reaction speed, athleticism and ability to read dangerous situations are as good as any Premier League defender.

And secondly, Toure's arrival addresses what was an obvious deficiency in the City set-up, that no amount of attack-minded player could solve.

Defensively, City were woeful last season. Irishman Richard Dunne, a stalwart and fans' favorite in previous seasons, was exposed for his lack of pace more than ever before, while Micah Richards - who looked destined to be an England regular for many years to come under the national team leadership of Sven-Goran Eriksson - was completely overlooked by the Swede's replacement Fabio Capello, resulting  in a worrying loss of form amid rumors of petulant behavior and disagreements with City manager Mark Hughes.

Ultimately Terry opted to remain with Chelsea, but his head was undoubtedly turned, and with the seemingly bottomless pit of Abu Dhabi money ensuring the blue half of Manchester can offer whatever it takes to make their team title contendors, then a top quality partner for Toure will not be long  in coming.

Perhaps City won't win the title this season, but don't for one moment believe they cannot challenge. Hughes has signed proven champions. Tevez won the title at Manchester United, Toure at Arsenal, Santa Cruz with Bayern Munich in Germany. These are not players who are wet behind the ears, they have a winning mentality.

The rest of the Premier League should beware.